I went to Kikaijima, Kagoshima prefecture, aiming for a red monster.

Kikaijima is about 380km south of Kagoshima and about 20km east of Amami Oshima. Most of the island is made of coral reefs, and even now it is said that it rises about 2 mm every year. The ever-evolving Keystone has challenged the ever-growing island.

About 11 hours from Kagoshima, swayed by ferry to the destination. The ferry was comfortable and there were shops and showers. I spent most of my time sleeping and arrived at Kikaijima at 4:30 in the morning. This day was a conditional voyage by Shike, and the berthing place was the port on the opposite side of normal times. 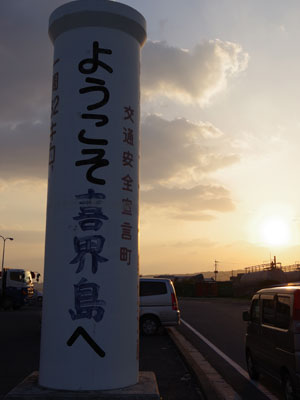 This time , Keystone field supporters Mr. Wakamatsu and Mr. Wakamatsu's father guided us and showed us various points. Thank you for your encouraging allies.

The second place is from the embankment. I managed to concentrate on fishing while the crosswind was in the way. Around 23:00, when the time had passed completely, I hit Wakamatsu's father who was shaking next to me. When carefully brought in, 2700g of good-sized neon flying squid is found. I wondered if the flock was approaching, but then silenced again. 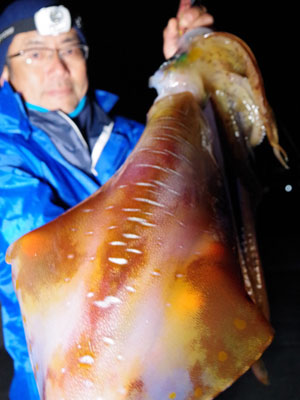 One hour after that, after a full cast, continue to invite politely at your feet Atari that suppresses when an egg comes near. When you put in the awase and bring it in, 1400g of this is also a flying squid type Aori squid. I was relieved to see the long-awaited flying squid, Aori squid, which is far from the target red monster. However, the aim is a red monster. I will regain my spirit and continue to shake. 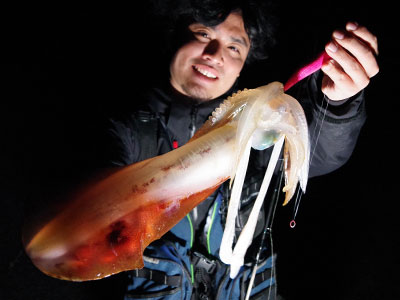 However, I couldn't continue on this day just by adding 900g of neon flying squid. 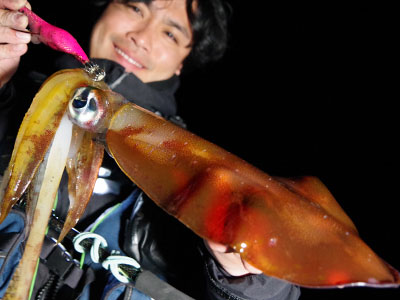 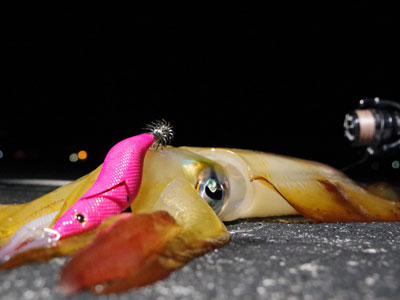 On the second day, I will head to the airport to join Tashiro Kaneshiro, also known as Aka Samurai. After joining Wakamatsu-san and having lunch, preparations have begun for the evening. This day is the only day on this expedition where the wind will subside, and we will put more effort into preparing.

After arriving at the point, we started fishing after getting the permission of the local anglers who came afterwards.

Evening madness has passed, and the area has become completely dark, so I thought it was time to start, but it was completely silent. There were four local anglers around, but none of them were hits. Even if the wind subsides, it is not always possible to catch. I reaffirmed the difficulty of the expedition.

It was Mr. Akasamurai who broke such silence. "Yeah !!" The rod is getting bigger. 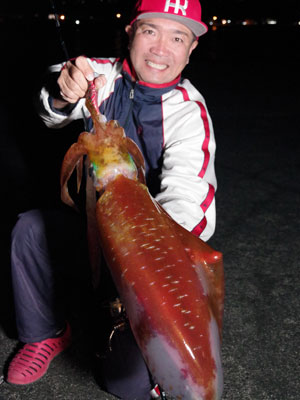 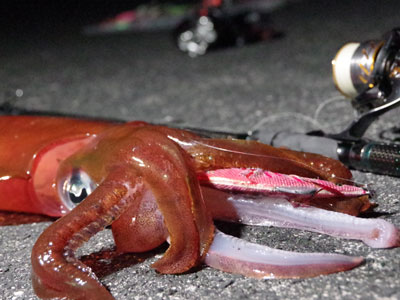 The caught squid is a good-sized flying squid of 2550g. I can't help but smile. The squid caught on the expedition is very nice.

After that, the tide didn't move and I just added the trough cuttlefish. 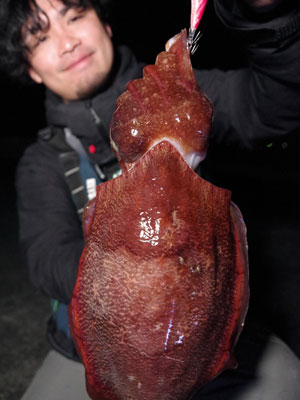 The next day, the blast was similar to a typhoon, and fishing was canceled for safety reasons. This is also an expedition. The weather can't be helped. 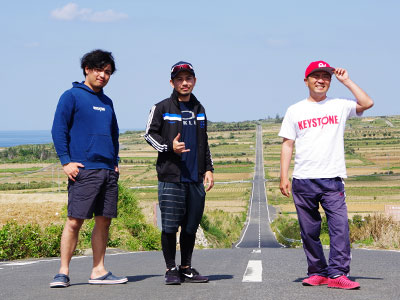 The expedition on Kikaijima, a land I don't know at all, is over. Fortunately, I met a flying squid, but the expedition is still difficult. Believe that one day you can catch a red monster of a size you haven't seen yet, unless you constantly try new things and give up pursuing your dreams. 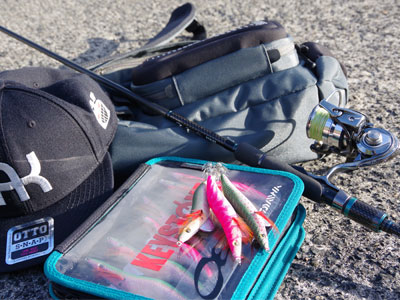